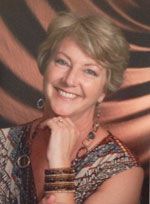 Julia Nagell is originally from Columbus, Ohio. She moved with her family to Venice Florida in 1996 where she currently resides. She graduated from The Ohio State University in 1994, with a Bachelor of Arts Degree and a major in Speech and Hearing Science. She began her medical career in 1985 as a Reservist in the United States Army working as a Combat Medic. During her 9 years of service she provided medical support to various areas such as hospitals, clinics, and field units and is also a Veteran of Operation Desert Storm. Upon graduation, she took her first job with a 5 doctor ENT practice in Columbus, Ohio. She worked as a doctor’s assistant, providing them with medical and administrative support. Julia first worked for the Silverstein Institute, at the Venice location in 1999 as a clinical diagnostician. Her primary responsibilities were to perform diagnostic evaluations of the auditory (hearing) and vestibular (balance) systems.  In January of 2005, Julia earned her licensure in Hearing Instrument Sciences from the state of Florida.  She is also licensed in Ohio and has also obtained National Board Certification in hearing instrument sciences.

About Us
Quick Links
Our Locations